ABOUT US: Community
Mission
Timeline
Community

We Love Our Community, We Love Cleveland 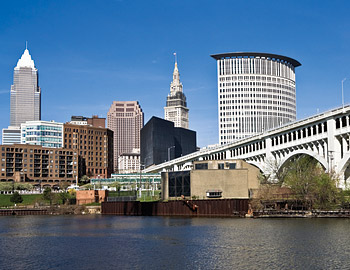 As Cleveland’s Baker, We Know Cleveland

Orlando Baking Company takes pride in contributing to the local community and we are passionate about supporting the local causes that are important to us and to our customers. We donate to area food banks and shelters. We participate annually in notable events and fundraisers such as the March of Dimes® Signature Chefs Auction®, the Greater Cleveland Food Bank's Taste of the Browns and Market at the Food Bank, and numerous events through the Hunger Network of Greater Cleveland including the Annual Run/Walk for Hunger and the Best Party of the Year fundraiser. Our employees also volunteer their time and expertise to an assortment of local non-profits.

A network of over 1,000 volunteers work year-round to feed the hungry of northeast Ohio. The Hunger Network serves 6,579,000+ meals per year.

Orlando Baking Company is proud to be one of the founding sponsors of the Hunger Network's Best Party of the Year annual fundraiser.

Another hunger related organization that Orlando Baking Company supports is The Cleveland Food Bank. The mission of the Greater Cleveland Food Bank, www.greaterclevelandfoodbank.org, is to alleviate hunger by providing food and support to agencies that feed the hungry.

The Food Bank serves as a clearinghouse for surplus food in the greater Cleveland area. The organization solicits donations from local and national food suppliers and manufacturers -- such as Orlando Baking Company -- and then distributes that food to hunger programs. Last year, the Food Bank distributed nearly 11.6 million meals for eligible people in Northeast Ohio. The Hunger Network purchases much of the food that supplies its pantries and meal sites from the Cleveland Food Bank.

Orlando Baking Company is proud to annually participate in Market at the Food Bank and the Taste of the Browns to raise much needed funds for this hardworking organization.